Siberia The Yuzhno Russkoye ﬁeld reliably supplies gas to Western Europe. The next big task is to develop the Turonian layer. However, work on concepts to develop the tricky Lower Cretaceous formation is also underway. David Hecker

Angelos Calogirou is visibly impressed by his first visit to the production facilities at Yuzhno Russkoye in Siberia. «Everything here is of the highest standard. State-of-the-art technology, extremely good equipment and staff, and a huge budget. You couldn’t ask for more,» he enthuses.

That enthusiasm is the best qualification he could have for his new job. Angelos Calogirou has been Deputy Director  General of Severneftegazprom (SNGP) since November. Calogirou is the successor to Marco van der Meulen, who is returning to Wintershall. Severneftegazprom, a joint venture between Gazprom, Wintershall and OMV, produces around 25 billion cubic meters of gas a year from the Yuzhno Russkoye field, making it the heavyweight in Wintershall’s portfolio. The joint venture has set its sights high for 2019. «We expect the first gas from the wells in the Turonian formation and will build the second stage of the  compressor plant for production from the Cenomanian layer at the end of 2019. We are also working on different development concepts for the Lower Cretaceous layer,» is how Angelos Calogirou outlines the objectives.

The Yuzhno Russkoye field consists of four layers containing natural gas and condensate: the Cenomanian, Turonian, Lower Cretaceous and Jurassic layers. Gas has been produced from the Cenomanian layer since 2007. The pressure at which it comes out of the reservoir is now lower. Compressors are needed to keep the pressure high enough for the gas to be transported through the pipeline. The team is very optimistic about developing the Turonian layer. The  drilling work on that commenced at the end of  October. A total of more than 100 wells will be drilled. «Since we don’t need to drill so deep – the reservoir is at a depth of up to 900 meters – we expect to make quick progress. The  experience from the three pilot wells in recent years and our extensive groundwork will also stand us in good stead,» says  Nikolay Shadchnev, Asset Manager for SNGP at Wintershall. A special bonus regarding production from the Turonian layer: The existing infrastructure used for production from the Cenomanian formation, such as the pipeline network, can also be used with some slight modifications.

Production from the Cenomanian  layer will naturally continue alongside that. «However, it is increasingly difficult because water is seeping into the wells. The deeper the Cenomanian gas reservoir is drilled, the higher the risk. The water consequently displaces the gas. We are therefore conducting a workover to ensure that the water remains in the earth and the gas reaches the well again. That’s complicated and costs time and money. We therefore need better models of the Cenomanian formation that identify its heterogeneity more precisely and help us find other solutions,» says Shadchnev.

«Yuzhno Russkoye is a challenge, but also a jewel in Wintershall’s portfolio. We’ve worked successfully hand in hand with our partner Gazprom in exploration and production for more than ten years. Now we need to develop the Turonian and Lower Cretaceous layers so that we’re in good shape for the next decades,» says Torsten Murin, Managing Director of Wintershall Russia (WIRF).

Additional business from oil and condensate beckons in the Lower Cretaceous layers. Yet developing the formation is causing the team a few headaches. «We’ve created reservoir models for developing it. It won’t be easy, but we can manage it,» says Olga Bukhalova, a Reservoir Engineer from WIRF.

What’s tricky is that oil, gas and c ondensate can be found in around 50 traps. Every reservoir has a character of its very own. «Every single reservoir has to be looked at separately.  Sometimes we have oil and gas, sometimes gas and condensate, in some cases oil, gas and condensate as well – but water is always there and that makes p roduction technically difficult. There’s no consistent pattern here. That’s why one  development concept for all the reservoirs – such as the one we created for the Cenomanian layer – isn’t possible in the Lower Cretaceous formation,» says Stefan Salchenegger, Head of Reservoir Engineering at WIRF.

Yet those challenges do not deter the man at SNGP’s helm. «Severneftegazprom has proven in the past 20 years that it accomplishes its tasks in style – no matter how tough they are,» says Vladimir  Dmitruk, Director General of SNGP. Yuzhno Russkoye alone accounts for 5 percent of total gas production in Russia. «We will keep up that contribution in future and remain a reliable supplier of natural gas to Europe,» is Dmitruk’s conviction. 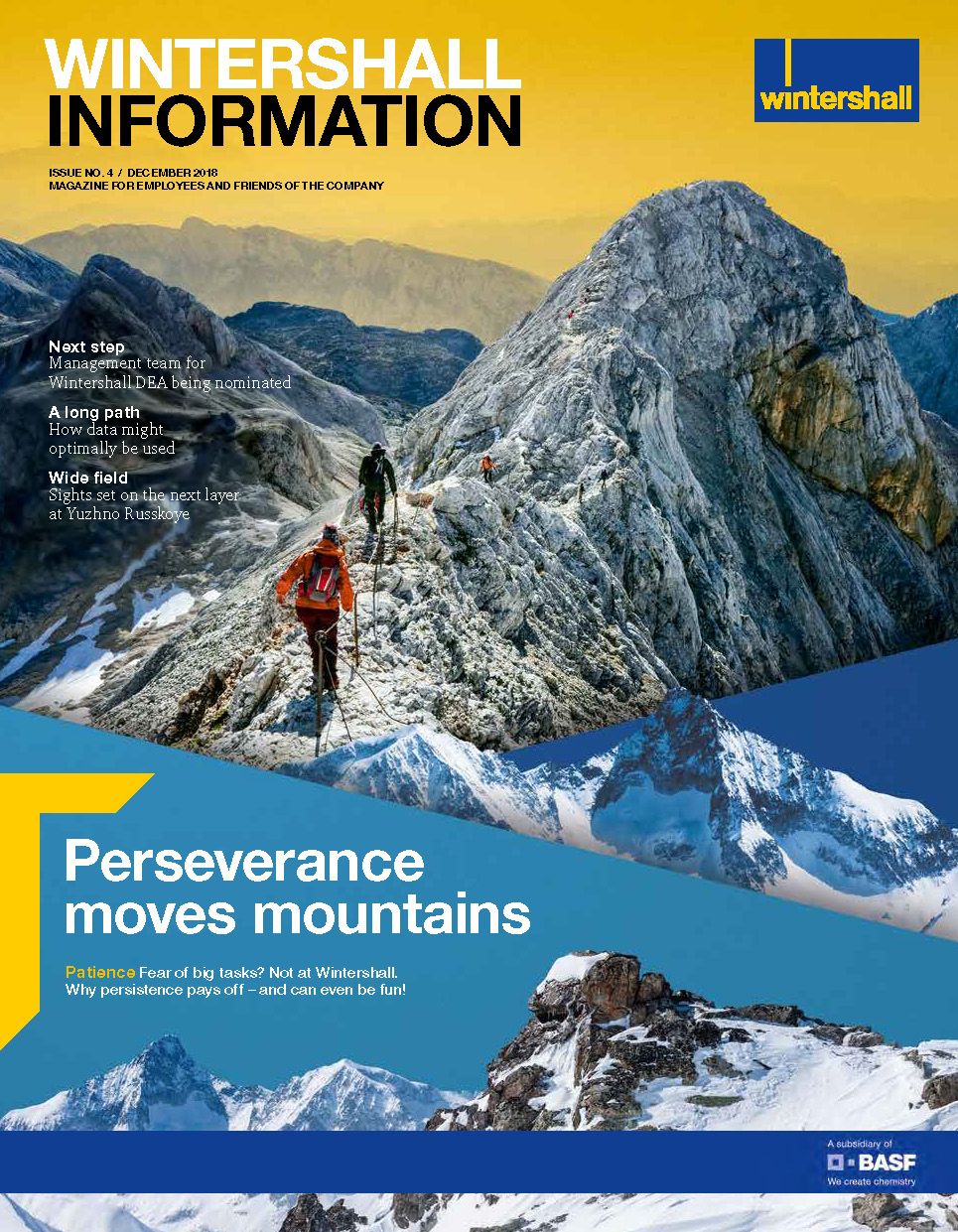 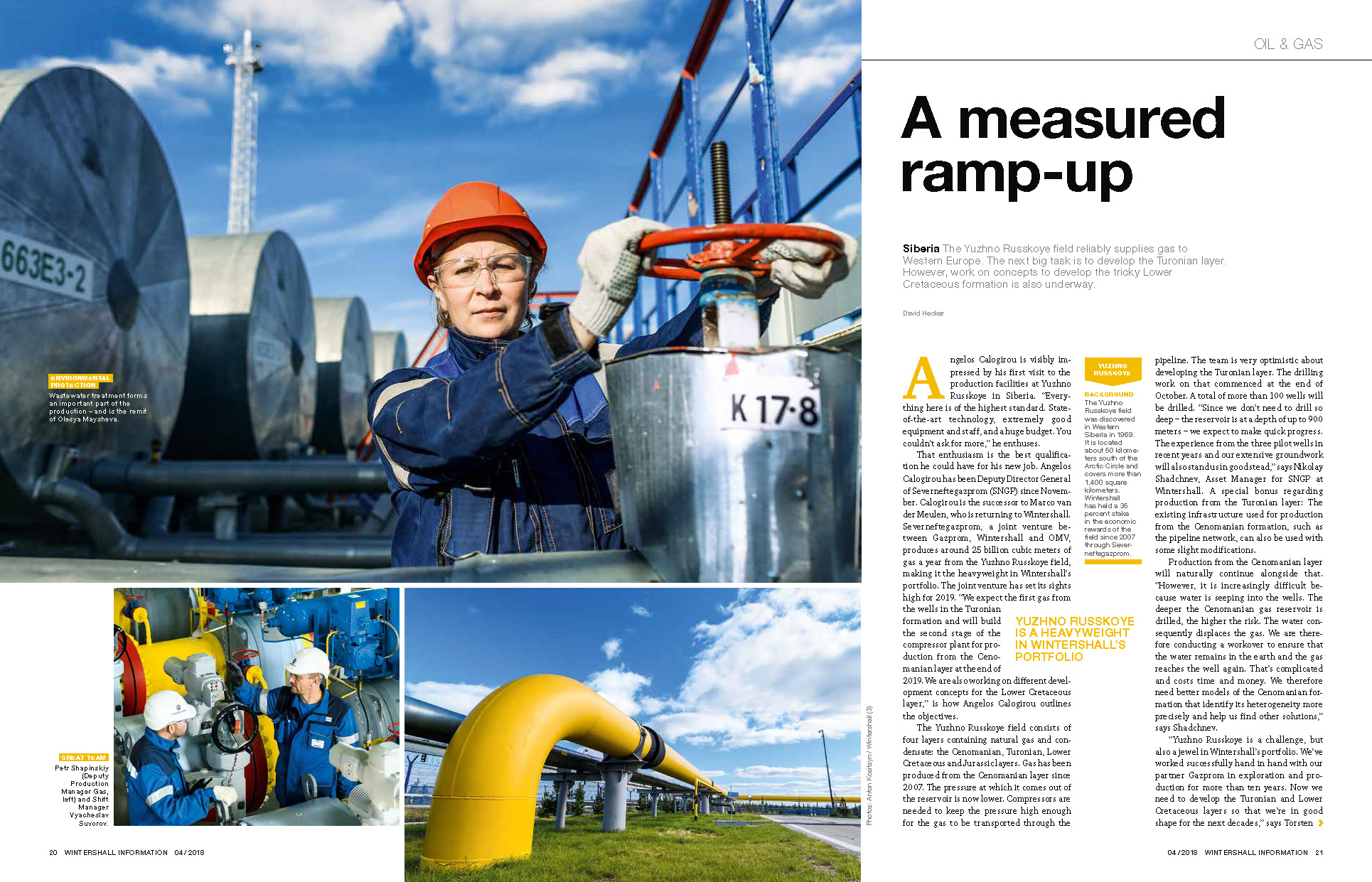 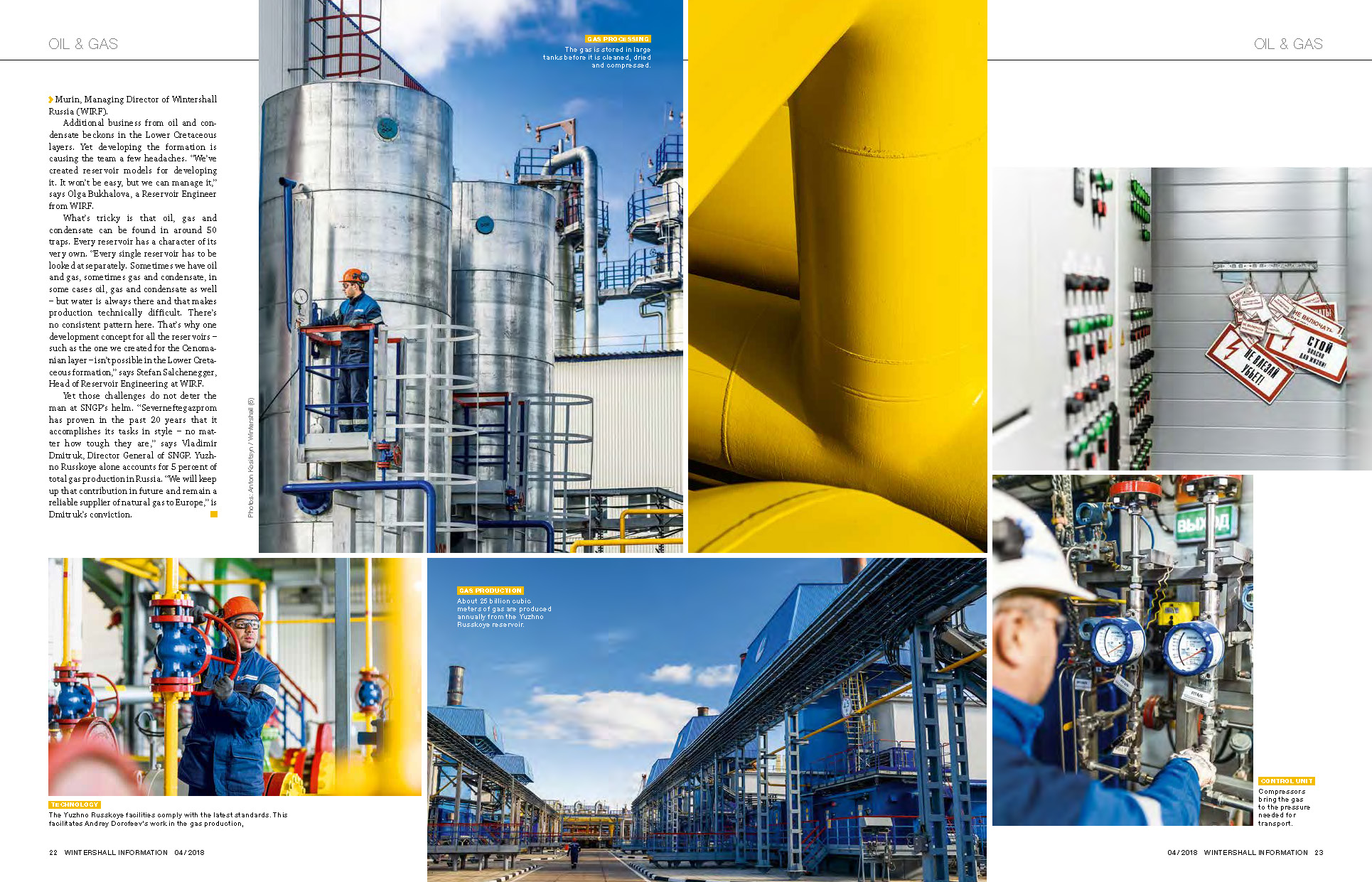